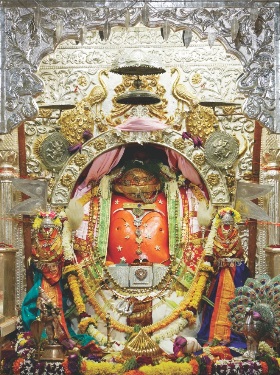 Shri Yogindra, an ardent devotee of Ganesha served Shri Moraya Gosavi for 24 years. He began propagating the Ganapathya Sampradaya. He has established a math in Morgaon. The literature of Ganapathya Sampradaya is assembled, edited and published here. Many activities are undertaken by the math.

Rajaram Maharaj gifted Morgoan for Ganapati pooja. Since then Morgaon has come under the Chinchwad Temple Trust. People from all the corners of Maharastra come here for worship. In the Bhadrapada and Magha months, Mangalamurthi palkhi (palanquin) comes here from Chinchwad. There is a big procession on Dussehra.

Mani ichhile Moraya det ahe -‘Moraya blesses us with all the wishes’ is the greatness of this place. Morgaon is also known as ‘Bhoosvananda’.

Shri Ganesha was initially installed in Morgaon, which was later taken to Chinchwad. In front of Shri Mayureshwara’s idol, is the idol of Shri Nandikeshwara. This is the specialty of Morgaon temple. The Karhe River flows in Morgaon. Taking a holy dip in the river, one gets the viture of Dvarayatra. A small temple of Nagnabhairava is situated near the sanctorum. The devotees take the darshan of this temple in the beginning and later worship Shri Ganesha. In the temple premises, there are other temples of avarana devtas. These deities are Astavinayakas and many other gods referred in the Mudgal Purana. All the avarana devatas are worshipped in a particular method. This is called Nitya Yatra.

Sitting in the temple of Vighnahara Ganapati, which is to the west, Sage Mudgal wrote the Mudgal Purana. In the main temple there is Garbhagar, Mukhyagar and 3 Mandap Gods. Their darshan is taken earlier to Lord Mayureshwara. 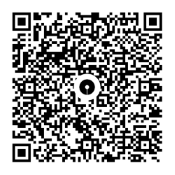